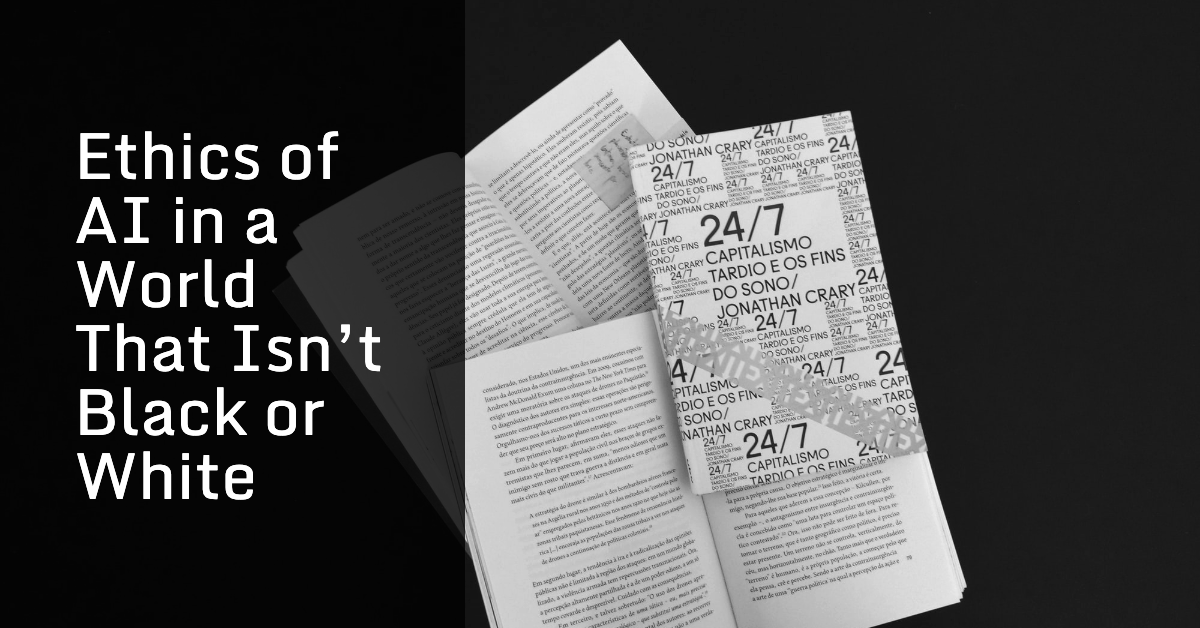 AI is always in the news these days. Google was recently hit with a complaint that they aren’t diverse enough and they don’t treat AI rollouts with enough care. I can’t speak to these specific arguments, but I can provide my thoughts on the ethics of AI. It seems the future is making us revisit the past.

What Are Your Checks & Balances in Your System?

The Congress checks the Senate and vice versa. Both houses check the power of the president. The president himself can check over ambitious legal actions by providing federal pardons to whoever they please.

It’s easy to disagree with any of these specific parts of the system. We may think that the Senate is blocking laws from being enacted or may complain that the president has too much power, especially when it comes to pardons. However, we can’t look at the system individually; we have to look at it holistically.

The same applies to AI. We can’t simply focus on the code and the models. We need to look at the entire system. How will this AI program affect our customers? What is the legal liability? What are the moral implications of the decisions the model is making?

I don’t think you can just let “facts speak for themselves”. Our most important institutions don’t function this way. Take the example of Facebook who is getting pressure from all sides for their content moderation policies.

They recently implemented a committee board that will look at specific decisions such as banning a specific user and determining if that decision was correct. The board has the power to overturn the decision. This is an excellent example of a check in the system.

Think Practical Philosophy in the Ethics of AI

Depending on your inclination, you either remember philosophy classes fondly or remember them as your nap times. We have been debating ethics and morals for thousands of years. We still even read the books of old, including Plato, Aristotle, and Marcus Aurelius.

AI is simply stepping into a world full of history and ambiguity. AI programs need to focus on the practical aspects of philosophy. The tidbits that help us, such as the approach to problems from Stoicism or the Socratic questioning technique. There are rabbit holes in this world, and you want to avoid them.

In your AI program, answer the following questions:

The World Isn’t Black and White

Unlike TV and films, our world isn’t black and white. I see way too many people who seem to take a stand on an issue that is complex. This leads to polarization since there is no room for disagreement.

Think about the law. It’s easy to think that laws are crystal clear. You either break them, or you don’t. And yet, we have an entire system of courts, judges, and juries that interpret the laws and provide punishments. If the law were truly black and white, we wouldn’t need them.

This is the challenge with AI. The code that is written behind AI models is black and white. It is binary, but the world in which AI is deployed is colorful. It will consistently run-up to edge cases. Self-driving cars have logged millions of miles simply because they try to solve all the edge cases that a human can solve by driving for a few hours.

AI is seen as a technology of absolutes, but it is being deployed in a world of grays. The world isn’t black and white. Some of the most important institutions like politics and law were designed to deal with the ambiguity, and AI will have to be the same. Companies should understand the ethics of AI decisions, which means understanding the past as humanity has been debating ethics and morals for a long time.

Learn what the best data-driven companies in the world do differently and how to make sure you’re playing the right game. You can download chapter 1 from my first commercially-published book, The Data Mirage: Why Companies Fail To Actually Use Their Data.